VIDEO EXPOSES EVERY CORPORATE COVID-1984 COMMERCIAL IS EXACTLY THE SAME

At this point, we don't need "Rowdy" Roddy Piper's "THEY LIVE" alien glasses to clearly see that we're all living in America in a time in which soul-less, prideful corporations pretend to give a flying fuck care about "social issues" just so they can sell products & services to people who pretend to hate capitalism.  Most of the sheeple...err...zombies...err... unquestioning "consoomers" don't even realize they just got dunked on like James capitalized on due to all the dazzling virtual signaling working like a flashbang...or Pennywise's Dead Lights, if you will...that blinds & dizzies the fluoride-riddled medulla oblongata's ability to detect bullshit. 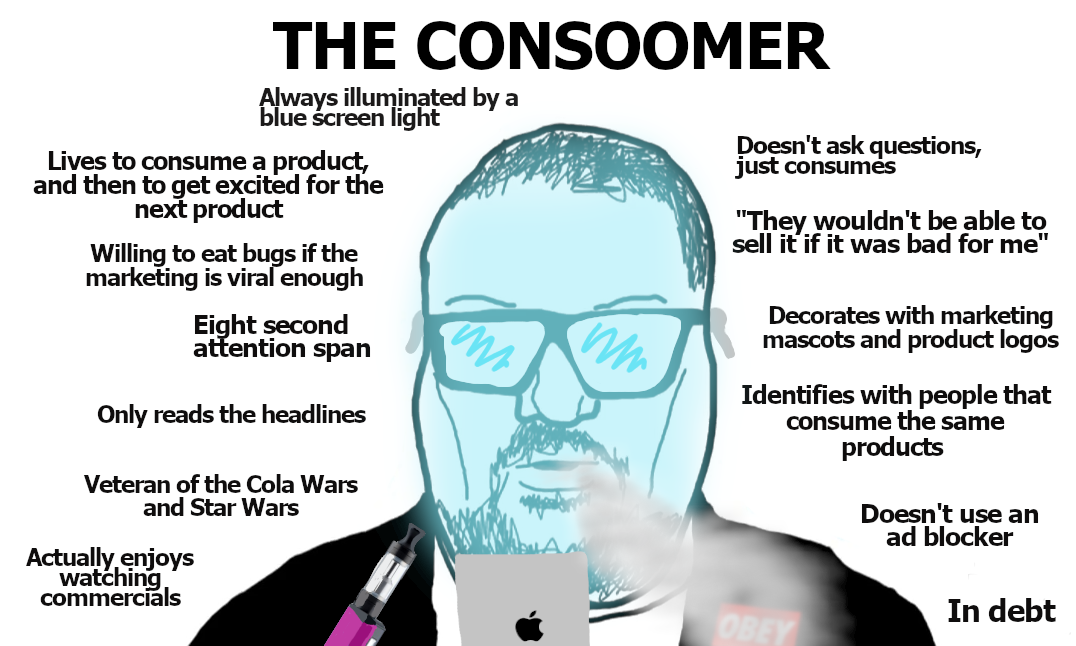 One way to break the spell of wizards is to show the gullible marks how the "magic" trick is done.  To heal the world...make it a better place...for you and for we and the...entire Mighty Morphin Humanzee race...we are going to do just that...by sharing with all yuns this compilation video:

(If those censors flush this Blockbuster CoVideo down the ol' memory hole...then download that ish by clicking HERE and share it with your gang gang.)

Looks like all the globalist RoboCorps purchased the Corona Virus Virtual Signal Commercial Template Starter Pack featuring hits like:
Sad music - Piano - Slideshow Montages (in some cases) - Sad Toned Narrator - “We’re In This Together” - “We Are Here For You” - "We're Here To Help" - Family - “In Times Like This/In These Difficult Times” - Some Dude Wearing a Mask - Social Distancing - “Stay Home - Stay Safe” - and of course, a Facebook Portal commercial.  Others' BS Monitors might require repair but our Bovine Excrement Detector has been tested, is working just fine, and it calls bull shite.

Man, do some people actually buy a car...or whatever the hell it is those evil corporations are selling...because of these psychological operations commercials?  Don't answer that...it's rhetorical...I know the depressing answer.  Please let it be possible to overdose on THC candy...err... Calgon...take me away!  Even world renowned author (and modern day Thought Criminal for using the Voldemort-esque, now-punishible-by-death-penalty, firing, & public shunning, no-no bad word: the "n-word," but the actual word with all the real letters & the hard R, to purposely describe a black American character named Jim to teach the readers a lesson in how wretched racism was & is in the formerly-beloved-but-now-banned-from-schools-nationwide book "Huckleberry Finn")...*.takes deep breath*....Mister Mark Twain himself supposedly was quoted saying that “It's easier to fool people than to convince them that they have been fooled.”  While that is true probably most of the time...and while I do tend to want to just hoard this information, let the Walking Dead figure it out for themselves, & hunker down like Peter Thiel & Sam Neill in their doomsday bunkers in New Zealand...we should still try to be like Alex Jones or Morpheus...sharing trance-breaking info with everyone & anyone we can just for the fact that there's an itsy-bitsy small fraction of a chance it might sink into someone and help them realize they've been duped by all this tell-lie-vision.

For sure, some of those stubborn, naive, scientism-jism-guzzlin' jackasses "friendly folks" that you'll try to inform will watch the video or read this article but they still won't mentally act on it and they definitely won't change a thing about how they see blatantly manipulative "essential" businesses are being to take advantage of this whole "Kung Flu" fiasco.  You might even hear "You're not a suit in a box paid for by Big Pharma...why should I believe you?" repeated over & over like a script written by CoVid Karen.  It's going to happen, trust.  Don't feel bad when NPC-types won't share the video or refuse to watch it.  If you're lucky, you might catch footage of one  even get pissy at you for trying to wake them up from their blue pill-induced, coma-like, hallucinatory slumber.

One could strongly argue (for the sake of killin' time & havin' something for me to write about) that despite the black craft of professional wrestling & magicians...err..."illusionists" being exposed, respectively, over the years...beautiful lies are still very popular & very profitable....if done right.  (By the looks of the weirdos driving their cars, alone, with masks on...this casting of the spell called "Corona Crisis" was done right.)

WWE, NJPW, & AEW...were entertaining millions upon millions of people across the infinite plane of existence (before the #Plannedemic)...despite the legitimacy of "sports entertainment" being slowly chizzled away over the years.  Fans have stuck around and don't really seem to care that the live action movie their privileged to witness doesn't have real Fatalities...they "get it."  If fans didn't play along, suspend their belief, and allow for the "hypnotist to do his job"...then the wrestling business would've ceased to exist as a profitable profession way back after supposedly being first exposed by Karl Gotch shooting on an injured George Hackenshmidt back in 1911.

Reporter John Stossel tried to expose the stage magic of rasslin' but he got dem hands from Dr. David Schultz.  (Apparently, he's a "Hand👏Doctor." )


This talk show host, Dick Belzer, once tried to out wrestling by testing the The Hulkster with sass...but Hulk Hogan wasn't having it so he pretended to "show him a move" and in doing so, he choked Belzer out and the host's lifeless body flopped so hard on the studio floor that he cracked his head open like an egg & got some color.


The business of bruises, bumps, & boot scrapes was once again outed but on a larger, prime time stage on NBC's Exposed: Pro Wrestling's Greatest Secrets Revealed.

NBC pulled that kayfabe-breaking shit again when they brought out that creepy ninja in a penguin suit to expose satanists broadcasting spells with wands of hollywood the WWE (World Warlock Entertainment) Superstars like David Copperfield, Chris Angel, & David Blane.


Then Penn & Teller just collectively said "Fugg it" and made a TV show ("TV show"...(?)...what are those?) called Fool Us where they tell up 'n' coming card shufflers & professional weight guessers if they know how the trick was done or not...right in front of actual muggles who are watching, listening, taking notes...learning the ways of the force without having to put in that work & visit not-Baby Yoda on a Swamp Thing/Man-Thing-esque ball earth called Dagobah.  Way to protect the business, fellas.  'Preciate it.

(That trick?  Meh.  My trick?  It would be to gig on live TV and see if they think it's Fake Blood.)

Like Magic Tricks with Staple Guns?  Take a quick break and check out this classic music video by YouTuber RebelRebirth featuring Danny Havoc versus yours truly...battling it out in a CZW Unlucky 13 Staple Gun Death Match...where there were no empty staple guns or adhesive shenanigans...just legit, skin-piercing metal staples.


So we got grapplers snitchin' on themselves...reporters & talk show hosts snitchin' on grapplers...then luchadore warlocks snitchin' on magicianism...then actual reputable magic industry people snitchin'.  ("We're gonna need a lot of stitches., STAT!" - TikTok Hospital Dance Coreographer/Nurse) Then last but not least, there was that controversial exposé exposing the Wizarding World of Harry Potter as just a movie shot on a chroma key set.  Here you thought Expectrum Patronum and Quidditch were real.

(If you'd like to pull off this level of black magic...you'll need a palantír. an invisibility cloak, & a scorcerer's staff very high quality green screen.  We like this one from Westcott, which you can order by clicking HERE.)

What it really reminded us of was those creepy ass compilations video where all the #FakeNews Anchormen repeat, word for word, line by line...the...exact...same...thing.  Only in this day and age could we put a jigsaw puzzle like this together...thanks to digital video and the internet.  Otherwise, this would be seen by totally separated people in completely different towns and no one would have been able to spot it.  Hell...remember the McDonald's Monopoly game in the 90's?

We put out an ad in the local classifieds to try and find that one missing piece that was impossible to come across and still...no dice.  And that was back when people still looked at newspapers...(Some even paid money to look at them.  Wild, huh?)...yet you still couldn't even find a person with that piece you needed to win the big money.  It's not really an apples to apples comparison because, rumor has it that, McDonald's didn't actually release all the pieces to the Monopoly game so it was actually physically impossible to find someone else who found that one elusive piece you needed because it didn't exist.
It was also seemingly physically impossible to compile news clips of the same exact segment back when there was either no VCR...or even when there was a VCR...there was no nationwide network of communication that could share video tape...minus the United States Postal Service....but that would require a lot of patience for snail mail, a ton of blank tapes, & an ability to handle the shipping costs that would quickly add up.  Then...if someone did have connects across the country and was able to spot these scripted manifestations of Operation Mockingbird in action...and were able to clip it all together to form the quilt of script readers' robotic echoes seen in the modern version...then how would they have disseminated it to the masses?  Perhaps they could cut into a live/taped broadcast like on Sunday Night, Novermber 22nd, 1987 when The infamous Max Headroom Incident went down.  That was where a video vandal hacked the television communication system of two of Chicago's TV stations...WGN TV, home of the absolutely terrifying Bozo The Clown, & PBS WTTV, home of Commie Killin' Mr. Rogers.  The first hack was during the Nightly "News"...showing a man wearing a suit & latex mask of the well-known-at-the-time computer generated celebrity, Max Headroom...but there was no sound. 🔇  The second, more successful (and high-larious) hack interrupted an episode of classic Doctor Who (Horror of Fang Rock, to be exact) to air a naughty parody...this time WITH SOUND...again starring that digital 80's icon talking that ish and getting his bum slapped with a fly swatter.
As the late, great "Ass" Dan once said: "Ha Ha!" 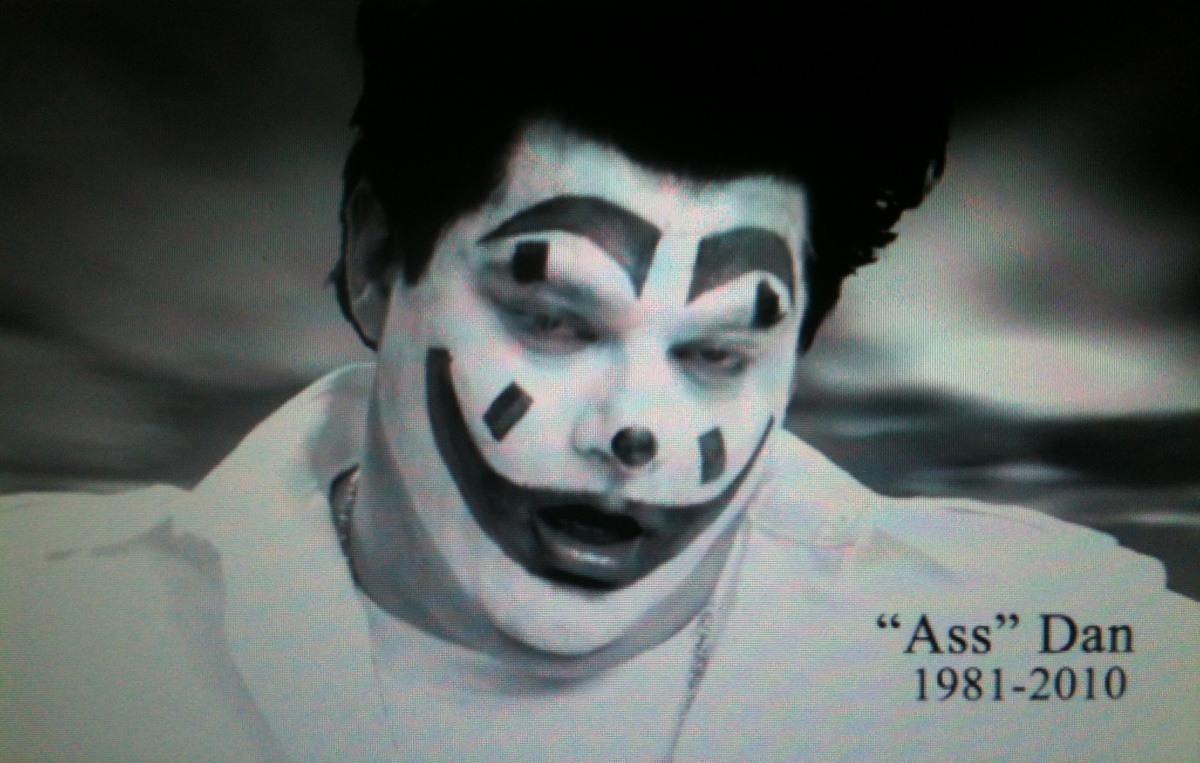 After seeing that...can you imagine busting into a broadcast like the Kool-Aid Man breaking through a brick wall...back then...but with an old school version of that 🆕 modern day #FakeNews Echo Chamber Compilation video we showed you earlier in the article?  Wouldn't it have been wild if a few folks saw it and started waking up to #FakeNews almost 30 years ago?  Even if you could hop in The Delorean and do just that...it probably would've been shrugged off as a hoax...a blip on the radar...a ghost in the machine, gone from the mind almost as fast as it came in.  (The ol' "In One Ear and Out The Other" gimmick.)  That's the reality though...as there was no social media back then so for many watching live, it would've played once and just been forgotten about until some 28 years later...when a time came about where a more advance technology existed to disseminate informational videos to the masses...like it has since about 2005 when an easy-to-use streaming video platform known as YouTube was launched. 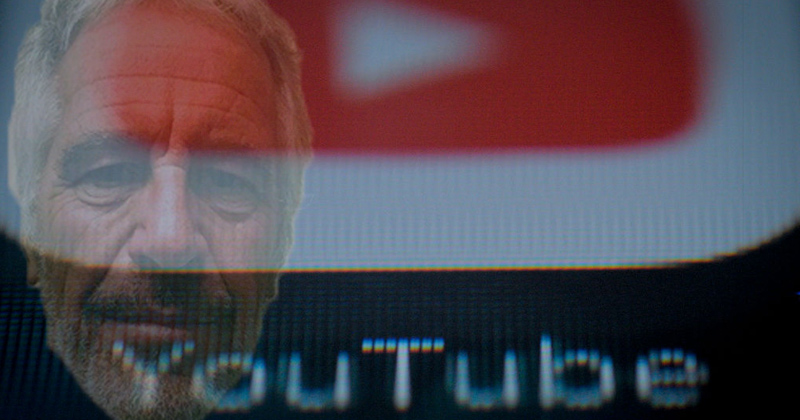 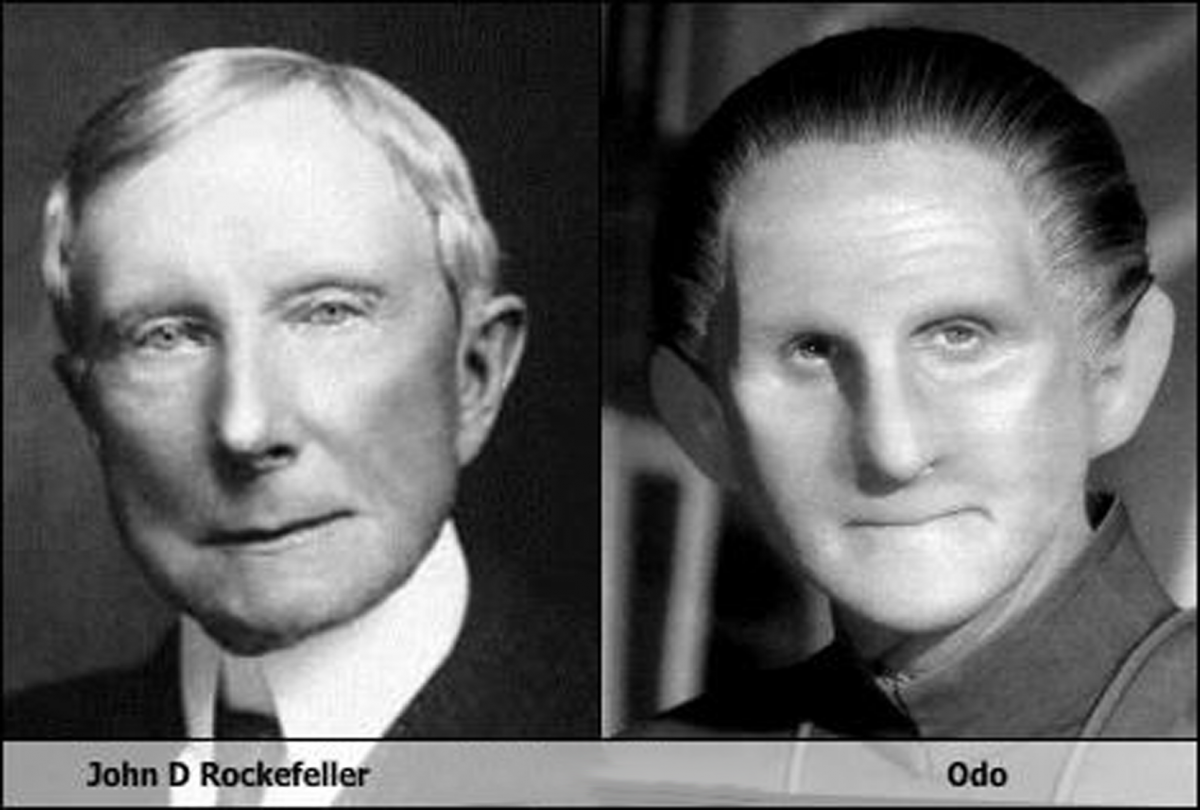 Don't know if we should hate on him for that or hate on the audience for buying it hook, line, and sinker.